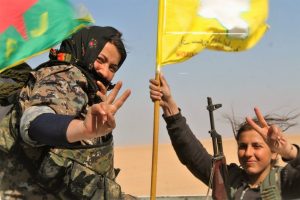 Friday essay: why soldiers commit war crimes – and what we can do about it

Some commentators focused on “high operational tempos” that increased soldiers’ dependence on their teams. Others emphasised how operational independence among “elite” forces allowed “charismatic leaders” to influence teams with a “warrior hero” culture. A common thread was that counterinsurgency warfare made it difficult to differentiate allies, civilians and enemies among the local population.

While these factors are important, analyses focusing on unit problems tend to treat culture as a static and internal problem, rather than an ongoing practice influenced by broader society. Similarly, the stress on counterinsurgency warfare negates the fact that similar crimes are also well documented in trench warfare and in occupations in conventional wars.

For policymakers, military leaders and the general public, a deeper understanding of the nature of war crimes is crucial if we want to prevent them from happening again.

War crimes reflect social prejudices. They are shaped around wartime laws and policies, and are facilitated by cultural veneration of the military. Historical comparisons between general infantry forces in Vietnam and special forces in Afghanistan show that atrocities have at least as much to do with broader social, political and cultural fabrics as they do with tempo, leadership and internal culture.